SERRANA, Brazil — Just one COVID-19 patient is in critical condition at the Dr. Geraldo Cesar Reis clinic in Serrana, a city of almost 46,000 in Sao Paulo state’s countryside. The 63-year-old woman rejected the vaccine that was offered to every adult resident of Serrana as part of a trial.

Doctors say the woman was awaiting one of Pfizer’s shots, which remain scarce in Brazil. But she is an outlier here. Most adults rolled up their sleeves when offered the vaccine made by the Chinese pharmaceutical company Sinovac, and the experiment has transformed the community into an oasis of near normalcy in a country where many communities continue to suffer.

Doctors who treated COVID-19 in Serrana have seen their patient loads evaporate. They now help colleagues with other diseases and recently started eating lunch at home. Life has returned to the streets: Neighbors chat and families have weekend barbecues. Outsiders who previously had no reason to set foot in Serrana are arriving for haircuts and restaurant outings.

“We’re now as full as we used to be,” Rogério Silva, a staffer at a store for cheap refreshments and snacks, said in an interview. “Weeks ago, people wouldn’t form a line in here, wouldn’t eat in, and I wouldn’t let them use the bathroom. Now it’s back.”

The success story emerged as other population centers keep struggling with the virus, enduring rising infections and new government-imposed restrictions. Meanwhile, the vaccine appeared headed for wider use. The World Health Organization on Tuesday granted emergency use authorization to the Sinovac shot for people 18 and over, the second such authorization it has granted to a Chinese company.

The experiment known as “Project S” lasted four months and tested Sinovac’s shot in real-world conditions. The preliminary results made public Monday suggest the pandemic can be controlled if three-quarters of the population is fully vaccinated with Sinovac, said Ricardo Palacios, a director at Sao Paulo state’s Butantan Institute and coordinator of the study, which was not peer-reviewed.

“The most important result was understanding that we can control the pandemic even without vaccinating the entire population,” Palacios said.

The results offer hope to hundreds of millions of people, especially in developing nations. Egypt, Pakistan, Indonesia, Zimbabwe and others are likewise reliant on the Chinese shot, which is cheaper than vaccines from Pfizer and Moderna.

The city’s population was split into four geographic areas regardless of age and gender, and most adults received two shots by the end of April. Results released Monday showed that the pandemic was controlled after three of the areas had been vaccinated. It was not clear if vaccine uptake was the same in each area.

Serrana saw vast improvements: Deaths fell by 95%, hospitalizations by 86% and symptomatic cases by 80%.

The project “shows the protection exists and that the vaccine is effective. No doubt,” Gonzalo Vecina, one of the founders of Brazil’s health regulator and a medical school professor, told The Associated Press.

Both Vecina and Garrett said unanswered questions remain and that more data is needed to properly analyze the results, including information about people who got shots but did not develop immunity.

The spread of the virus in Serrana slowed while neighboring communities like Ribeirao Preto, just 12 miles west, saw COVID-19 surge. The upswing was largely blamed on more contagious variants.

Hospitals in Ribeirao Preto are so full of COVID-19 patients that the mayor imposed strict shutdown measures last week, including halting public transportation and limiting hours for the city’s 700,000 residents to buy groceries. Some will wait months for their vaccines. Almost all shops are closed, and 95% of intensive-care unit beds are occupied by virus patients.

People wait in line outside a public school to get a shot of China’s Sinovac CoronaVac vaccine in Serrana, Sao Paulo state, Brazil, Wednesday, Feb. 17, 2021. AP

Elmano Silveira, 54, works at a local drugstore and for the first time wishes he lived in Serrana, which was looked down upon before the vaccination drive.

“My friends from there used to call me all the time. … Now I’m the one calling them,” Silveira said. “Before the pandemic, we had a big city vibe here. It was really busy. Now it’s like a desert.”

Just months ago, it was Serrana struggling to cope, according to Dr. João Antonio Madalosso Jr. For every patient who recovered in the first three months of 2021, two more arrived in bad shape, he said.

“Then, by the end of January, we heard this project was coming to Serrana. And calmness set in, little by little,” said Madalosso, 32, as he pointed at empty seats of the hospital’s COVID-19 ward. “Just look at this. This is much calmer than Ribeirao Preto and the entire region. The vaccine is no cure, but it is the solution to transform this into a light flu so people can carry on.”

That doesn’t mean Serrana is entirely rid of the virus. Some residents refused to get the shot. Others skipped the second dose or got infected before the vaccine took full effect. A few had prior diseases that prevented them from getting the vaccines.

Brazil’s president, Jair Bolsonaro, has repeatedly cast doubt on the shot’s efficacy. He said last year his administration wouldn’t buy the Chinese vaccine and that he wouldn’t let Brazilians become “guinea pigs.″ His health ministry signed a deal to buy tens of millions of doses only after Brazil’s health regulator approved the shot in January.

Parents pick up their children from a public school in Serrana, Sao Paulo state, Brazil, Friday, May 28, 2021. AP

Had the government acted sooner, Brazil could have had twice as many Sinovac vaccines by now — 100 million doses, Butantan’s head, Dimas Covas, told a congressional inquiry last week. The shot accounts for half the vaccines made available to date in the country.

Vaccines arrived too late for some of the 463,000 people who have died from COVID-19 in Brazil, which has the world’s second-highest death toll.

The relative return to normal “could be happening all over Brazil if it were not for the delay in vaccinations,” said João Doria, Sao Paulo’s governor and an adversary of Bolsonaro. “These results show there’s only one way to control the pandemic: vaccines, vaccines, vaccines.”

Bolsonaro-fueled skepticism of Sinovac’s shot reached Serrana. It didn’t help that Sao Paulo state’s release of efficacy data was confusing, with Doria initially claiming 78% protection against mild cases on Jan. 7, then revising that five days later to 50.4%, barely above the level required by health authorities.

Carmen da Silva Cunha, 81, has lost friends to the virus, and she got vaccinated despite “a lot of people trying to get into my head regarding the vaccine.”

“Serrana got better, but it could be much more if a lot of people had taken their second shot,” she said in an interview at the hospital, where she sought treatment for a sore throat. She tested negative for COVID-19, and doctors expected her to return home in short order.

Mayor Leo Capitanelli is pleased with results. Standing beside a health screening station on the road into the city, he said people have had only mild and moderate COVID-19 cases in recent weeks. And he boasted about Serrana’s plan to host a music festival for about 5,000 spectators, all vaccinated with Sinovac’s shot.

“This project brought our pride back,” he said. “And it will bring hope for a fresh start next year.” 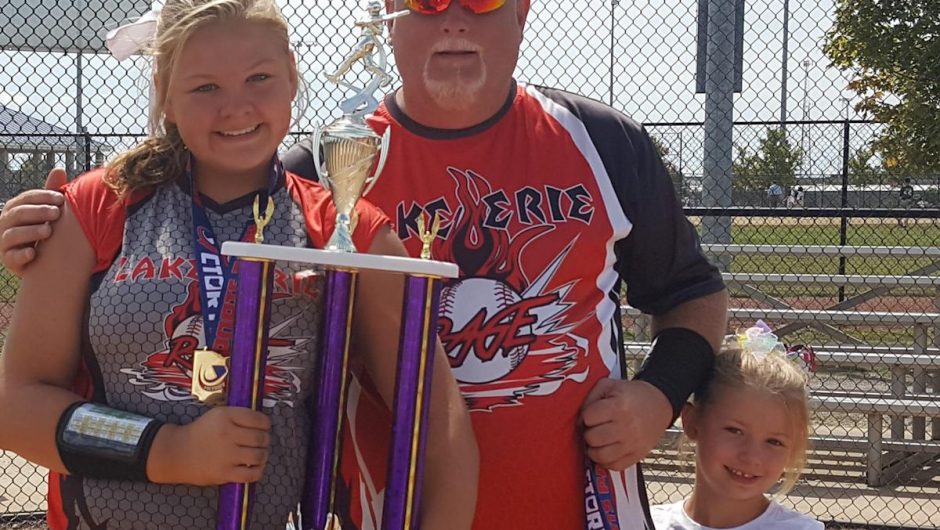 Mallory Dunlap thought her father was getting better.  Earlier in the week, on a Tuesday in November, he started feeling… 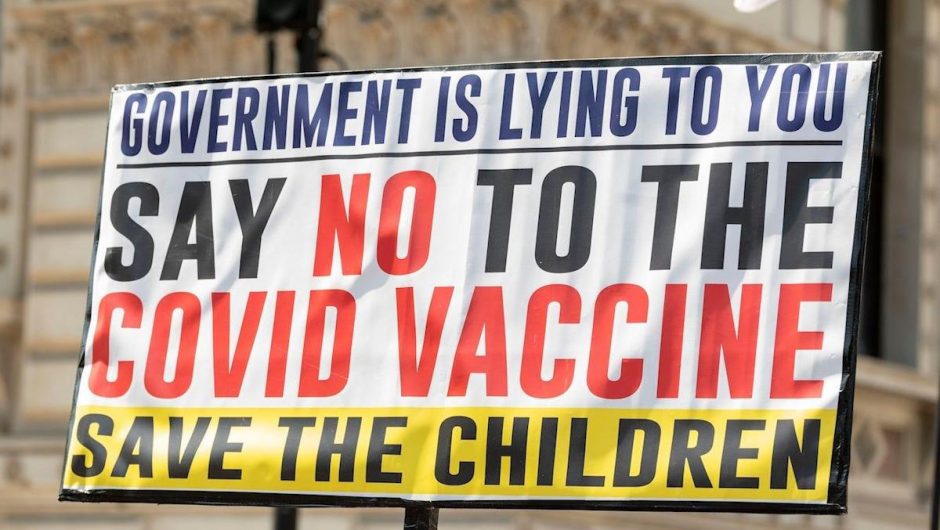 An anti-vaxx placard. Dave Rushen/SOPA Images/LightRocket via Getty Images Anti-vaccine figures are dying of COVID and their deaths are being… 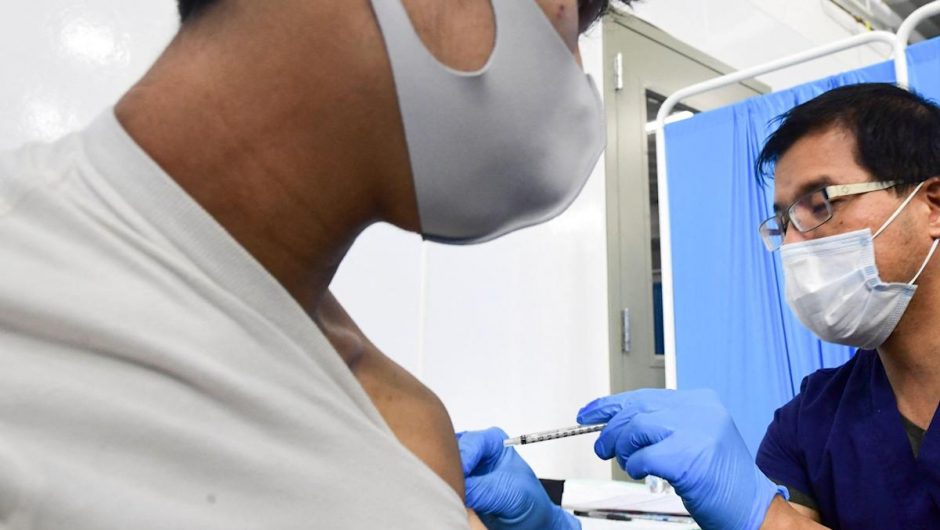 FREDERIC J. BROWN/AFP via Getty Images Karl Bohnak, a meteorologist who spent 33 years at NBC affiliate WLUC, has been…

An Alabama couple known on YouTube for reselling vintage items and their staunch anti-vaccine stance have both died from COVID-19,…