Arizona is the first state to sue President Biden and his administration over the sweeping coronavirus vaccine mandates for federal employees and workers in the private sector announced last week.

In announcing the lawsuit, Arizona Attorney General Mark Brnovich accused Biden of overreaching, saying “Under our Constitution, the President is not a king who can exercise this sort of unbridled power unilaterally. And even George III wouldn’t have dreamed that he could enact such sweeping policies by royal decree alone.

“The federal government cannot force people to get the COVID-19 vaccine. The Biden Administration is once again flouting our laws and precedents to push their radical agenda,” he added.

Last week, Biden announced a six-step plan to combat the ongoing coronavirus pandemic, which will allow the Labor Department to force businesses with 100 workers to require staff to get vaccinated or be tested weekly. Federal workers won’t have a testing option and must consent to injections with few exceptions. The order comes with fines of up to $14,000 per violation.

“This is not about freedom, or personal choice,” Biden said. “It’s about protecting yourself and those around you — the people you work with, the people you care about, the people you love… We cannot allow these actions to stand in the way of protecting the large majority of Americans who have done their part, who want to get back to life as normal.”

Republican lawmakers and state leaders immediately slammed the order, with several governors threatening to take legal action. So far, only Arizona has followed through on that threat. Texas, South Dakota, and Georgia have stated they will sue the administration. Shortly after Biden’s order, the Republican National Committee also said it would file a lawsuit.

It is unclear how far the potential lawsuits can go, as Biden warned that if Republican governors “won’t help us beat the pandemic, I’ll use my powers as president to get them out of the way.”

As well as pushing against the overarching labor mandate, the Arizona suit takes issue with the lack of mandates for individuals crossing the border, after the US saw historic numbers of border crossings this summer.

“There can be no serious or scientific discussion about containing the spread of COVID-19 that doesn’t begin at our southern border,” Brnovich said.

The suit argues that the mandate violates the Equal Protection Clause as the government is favoring migrants that have crossed the border over US citizens.

“In a nutshell: unauthorized aliens will not be subject to any vaccination requirements even when released directly into the United States (where most will remain), while roughly a hundred million US citizens will be subject to unprecedented vaccination requirements. This reflects an unmistakable—and unconstitutional—brand of favoritism in favor of unauthorized aliens,” the lawsuit, first obtained by Fox News, reads.

Arizona also claims the administration’s actions are “constitutionally suspect,” citing a retweet by White House chief of staff Ron Klein, who retweeted a post that said the order was the “ultimate work-around” a national federal vaccine mandate.

The state’s Attorney General’s office is asking the District Court of Arizona to declare the vaccine mandate and testing policies unconstitutional. 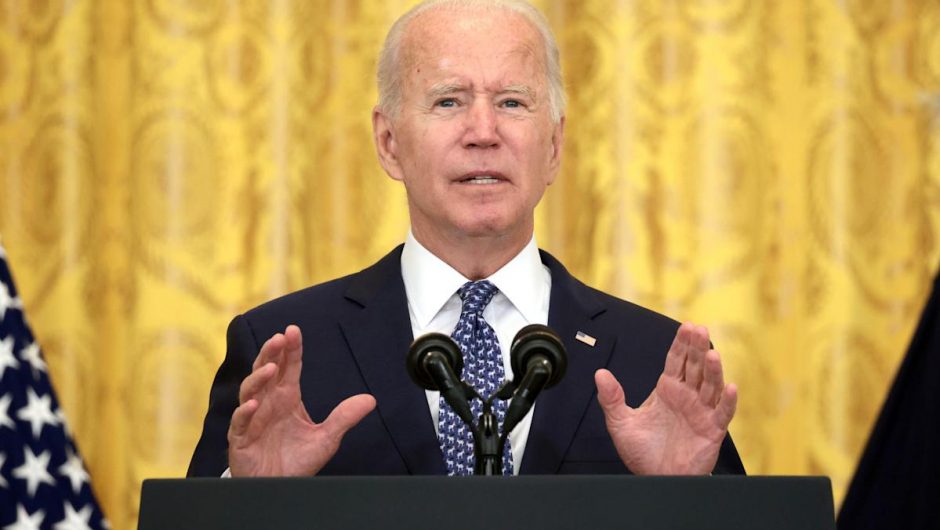 President Joe Biden initiated a nationwide mandate to fight the COVID-19 pandemic on Thursday, ordering American employers with 100 or…