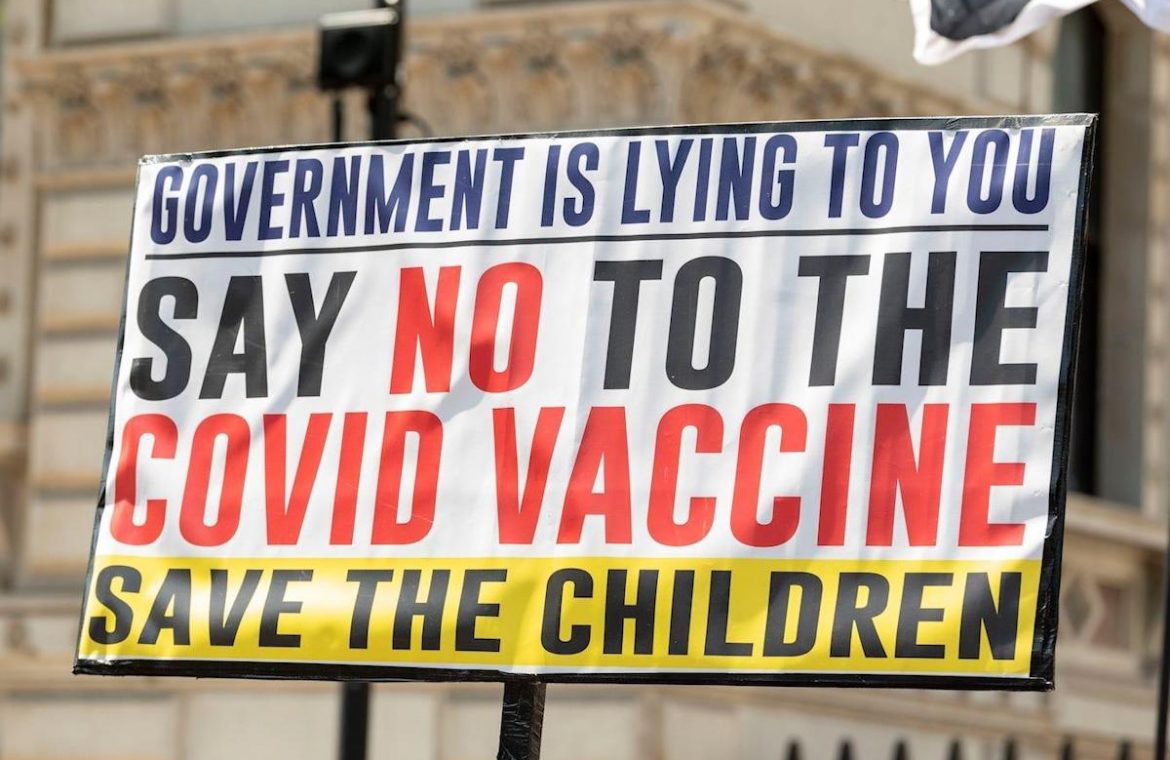 Anti-vaccine figures are dying of COVID and their deaths are being made light of.

This is a distraction and represents an acceptance of COVID’s death toll.

We don’t have to be nice to anti-vaxxers, but we should counter them to control infections.

Abdullah Shihipar is a contributing opinion writer for Insider.

This is an opinion column. The thoughts expressed are those of the author.

It has become a familiar narrative during this pandemic: a vocal anti mask and vaccine advocate ends up dying in the hospital with COVID-19. Most recently, it was 30-year-old Calleb Wallace of Texas who died after a month-long bout with the disease. Wallace, who organized anti-mask protests and founded the San Angelo Freedom Defenders, died after being placed on a ventilator. He left behind a pregnant wife and two children.

Other times, it is anti-vaccine social media posts that catch the ire of the headlines. Stephen Harmon, a man from Los Angeles, repeatedly mocked the vaccine, tweeting “Got 99 problems but a vax ain’t one,” in June, only to die of the virus in July.

This trend, becoming ever more frequent as the delta variant spreads rapidly across the country, has inspired a series of jokes and memes on social media. I myself have partaken in a few “how it’s started, how it’s going” jokes. But ultimately, no matter how vile the target of the memes are and no matter how tempting it is to participate in the schadenfreude, it is an unhelpful distraction that represents a dark reality: we’re okay with how many people are dying from COVID-19.

Making light of the dark

Before I go any further, let me say that this is not an argument for empathy for those who are fiercely anti-vaccine or an attempt to try to understand their perspective. Nor is this an argument to persuade anti-vaccine advocates. Some of them have unfortunately gone down a destructive rabbit hole that even their loved ones find it difficult to help them out of quickly. Being nicer won’t necessarily change that, but neither does making fun of them after they have died.

Eighteen months ago, when the virus first hit the shores of the United States, we were all terrified. People made runs on grocery stores as hospitals filled up with the dead, people spent time at home to “stop the spread” and flatten the curve. Every death was seen as a tragedy, a death we could prevent with collective action. After a few months, right wing governors and talking heads began promoting the idea that protecting oneself from a pandemic was an individual responsibility. If people wanted to go mask-less,, attend gatherings, or skip the vaccine – that’s on them, they thought, ignoring the fact that the virus spreads from person to person. Of course, one person’s behavior during a pandemic affects the health of others.

A year later, with the vaccines plentiful, some on the left have adopted the right’s framing. It’s now accepted that COVID deaths, predominantly amongst the unvaccinated, are a matter of individual fate. You could have chosen to get that vaccine, but you didn’t, and that’s not my problem, they are implying.

This framing effectively prevents us from taking broader action to control the spread of the virus through mask mandates, restrictions, and testings. The abandonment of a collective framing around COVID-19 puts children who are not vaccinated and the immunocompromised at risk. It’s also easy to forget that despite it all, there are still unvaccinated people who need to be reached; there are still people who need help getting a shot, still people who are deathly terrified of side effects, and still those who can’t take time off to get a shot.

The lines between the anti-vaccine crowd and the unvaccinated in general have become blurred, and we have seen that in headlines that highlight unvaccinated people who have died from the virus. Average folks who were too busy and didn’t get around to it, were scared of side effects, or wanted to wait and see its effects.

If we want to battle anti-vaccine sentiment, rather than adopting the individualist framing that Republicans proposed to begin with, we should counter them while they are alive. We should show up to outnumber them and state that we are in favor of mask mandates at school board and city council meetings. We should pressure and boycott advertisers that advertise on programs that promote misinformation,. We should push for accountability measures for Facebook, which has long tolerated anti-vaccine misinformation on its platforms.

And of course, we should push for measures that will stop the spread of the virus, including but not limited to: mask mandates, vaccine mandates, vaccine sick leave, reducing prison populations and arrests (including immigration-related arrests), stopping evictions and getting real worker protections from OSHA. Instead, tangible actions have been abandoned for ridicule.

I have spoken to people who have lost family members to anti-vaccine conspiracy theories. These people are increasingly isolated and are shells of themselves, often being hostile and aggressive to their own kin. Families feel like they have been torn apart forever.

We must remember that there are family members who are feeling two waves of pain when they’re loved ones die: the physical loss, and the knowledge that their death could have been easily prevented.

It’s not easy to hear, but making fun of these deaths effectively means we have stopped resisting mass death and have accepted its reality. It’s tempting to think that there is some cosmic justice when an anti-vaxxer dies, but it’s just the reality of how a virus spreads. Yes, anti-vaxxers are dying, but so are scores of other people.I don’t write this just to lecture others, but rather to hold myself accountable. Using humor like this is an easy distraction and a façade from the shame we should feel that this is where our country is at during such a late stage in the pandemic.

There will be more anti-vaccine people who die of this illness in the months to come, and I’m going to try to resist the urge to make light of it. The real joke is on us all.