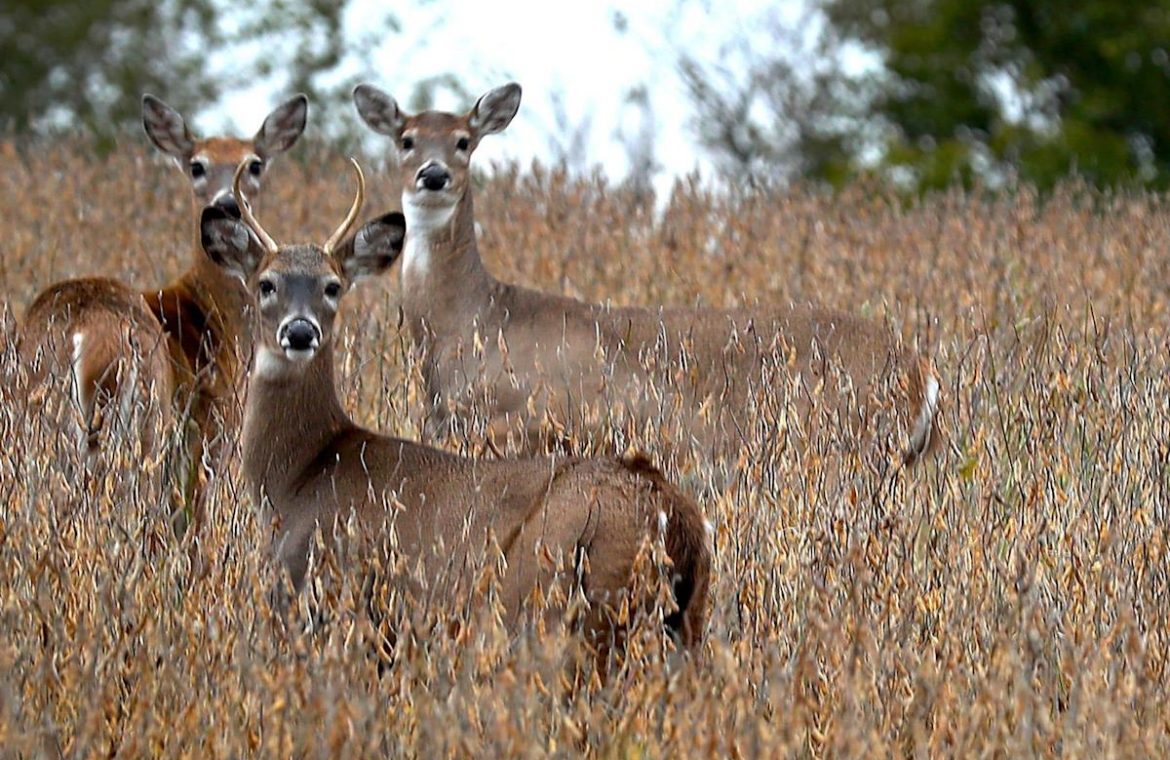 Deer are seen in a field on October 10, 2019 in Winterset, Iowa. Joe Raedle/Getty Images

A study found a number of deer in Iowa carried the coronavirus, and most likely got it from humans.

More research is needed to find out if the deer could have passed the virus back to humans.

The risk of animal to human transmission is low, but it is possible, as evidenced in Danish mink in 2020.

A number of deer in the state of Iowa are carrying the coronavirus, according to a recent study, prompting scientists to worry the wild animals could potentially become a reservoir for the virus.

The study, which was published on the pre-print server Biorxiv on Monday, suggests that the deer caught the virus from humans. The study says there is no evidence at this time that they could pass it back.

Animal to human transmission of COVID-19 has occurred on a small scale before, however.

In late 2020, Denmark culled millions of farmed minks after a coronavirus strain found in the animals infected about a dozen people. The strain did not seem more dangerous than other strains circulating at the time.

Millions of minks were culled in Denmark over COVID fears. Joe McDonald/Getty Images

The Iowa deer study, which has not been peer-reviewed, looked at 283 samples from free and captive white-tailed deer in the state from April 2020 through January 2021.

A third of the deer samples overall showed traces of the coronavirus, suggesting they had an active infection when they died. The peak of infection among the deer coincided with a surge of cases among Iowa’s human residents in November and December 2020, the study found.

Further genetic analysis found that the animals carried strains of the coronavirus that were circulating in the human population at the time, which supports the hypothesis that the deer caught the virus from humans, then passed it from deer to deer.

It’s not clear how the deer might have caught the virus from humans.

“There is no reason to believe that the same thing isn’t happening in other states where deer are present,” Vivek Kapur, an author on the study and veterinary microbiologist at Penn State University, told The New York Times.

It is not clear if the deer have passed the virus back to humans, an event that would be “very rare and unlucky,” Tony Goldberg, a veterinarian at the University of Wisconsin-Madison told the Times.

But that would be a “game changer,” said Goldberg.

The concern when a disease-causing microbe is passed to humans from other animals – which is called zoonosis – is that it could circulate unchecked in animal populations.

In case of the COVID-19 coronavirus, this could eventually lead to a dangerous mutation.

Of course, in that case, a booster shot for humans could likely be developed, the Times reported.

Research shows that vaccination is the best protection against severe disease and death from COVID-19.

Vaccines tailored to animals have already been developed. Reuters

COVID-19 vaccines have also been tailored for zoo animals, so deer could get a shot if the risk of mutation became concerning, per the Times.

Deer hunters in several states have been advised to be careful when interacting with white-tailed deer, the Times reported, although there is no evidence that you can catch COVID-19 from preparing and eating wild game meat, per the Centers for Disease Control and Prevention.

Based on the available information, there is no evidence that animals are playing a “significant role” in the spread of the COVID-19 coronavirus, and the risk of animals spreading COVID-19 to people is low, the United States Department of Agriculture has said.