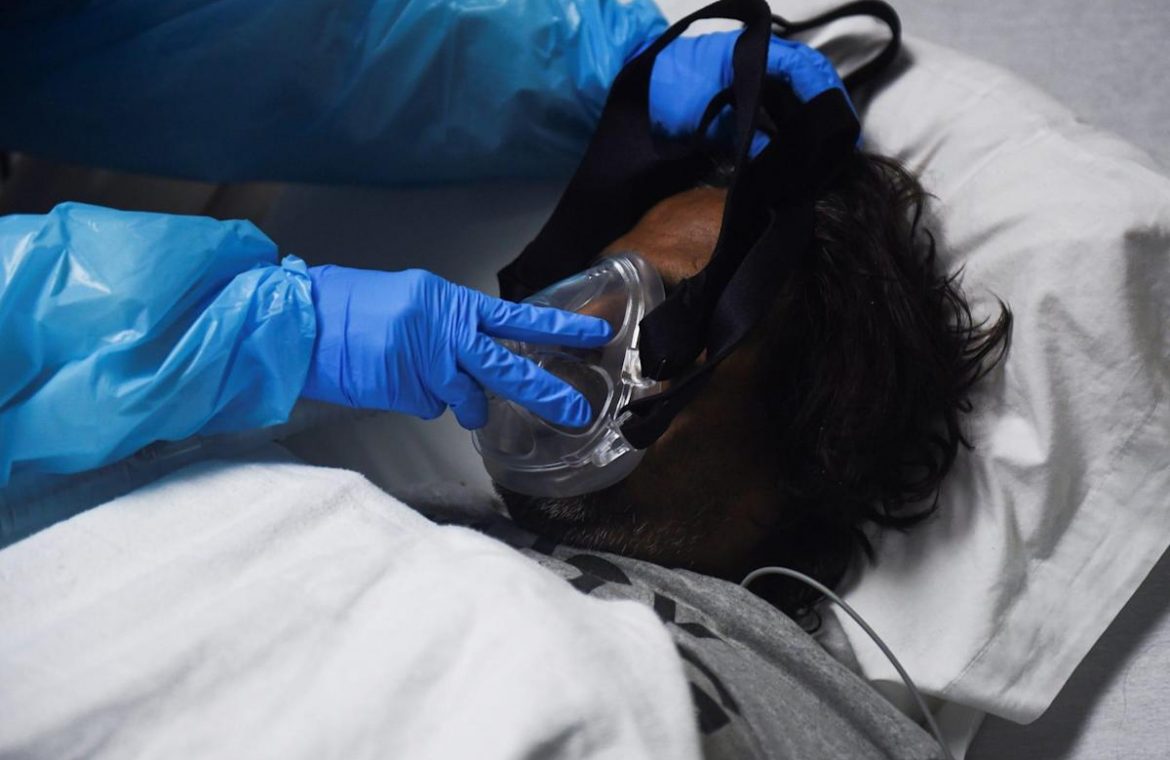 A Wisconsin deputy threatened to arrest a teenager over COVID-19 social media posts in March 2020.

Amyiah Cohoon had posted about her experience with what she and her doctors believed was COVID-19.

On Friday, a judge ruled that the threat violated Cohoon’s first amendment right.

A Wisconsin teenager won a lawsuit against a sheriff and his deputy who allegedly threatened to have her jailed if she didn’t remove a social media post about her COVID-19 experience in March 2020, the Wausau Daily Herald reported.

“Demanding a 16-year-old remove protected speech from her Instagram account is a First Amendment violation,” Ludwig said in the ruling.

According to court documents, Cohoon, after returning from a spring break trip to Florida with the Westfield Area High School band on March 15, 2020, suspected she had been infected with the coronavirus. On March 26, she posted about her illness, including a photo of her wearing an oxygen mask in a hospital.

Cohoon had tested negative, but her doctors suspected she was probably infected earlier and had missed the window for testing, court documents said.

On March 27, 2020, Marquette County Sheriff Joseph Konrath sent a Sgt. Cameron Klump to Coohon’s home. Klump then allegedly threatened Cohoon with arrest if she didn’t remove the posts. Cohoon took down the posts at Klump’s request.

Cohoon’s attorney, Luke Berg, told the Associated Press in April 2020 that the school’s administrator, Bob Meicher, had called Konrath about the posts. Cohoon’s parents also reportedly contacted the parents of other students on the trip to warn them about the possible exposure.

Meicher then sent a message to families in the district that said “there was a rumor floating out there that one of our students contracted COVID-19 while on the band trip to Florida two weeks ago” and “there is NO truth to this.”

Konrath and Klump tried to have the case dismissed, the Wausau Daily Herald reported. They said they reasonably believed her posts were causing “significant disturbance, anxiety, fear, concern, and even panic among other citizens,” which gave Klump probable cause to charge her with disorderly conduct.

Ludwig ruled that their concern was not strong enough to constitute probable cause and said their actions could undermine freedom of speech.

“The First Amendment is not a game setting for the government to toggle off and on. It applies in times of tranquility and times of strife,” Ludwig wrote in the ruling.

“While Defendants in this case may have believed their actions served the greater good, that belief cannot insulate them. Demanding a 16-year-old remove protected speech from her Instagram account is a First Amendment violation.”

In a press release, Berg, Cohoon’s attorney said: “This decision underscores that First Amendment rights cannot be dispatched with in an emergency. More importantly, law enforcement has no business trying to regulate the social media posts of local teenagers.”

Konrath and Meicher did not respond to Insider’s request for comment at the time of publication.