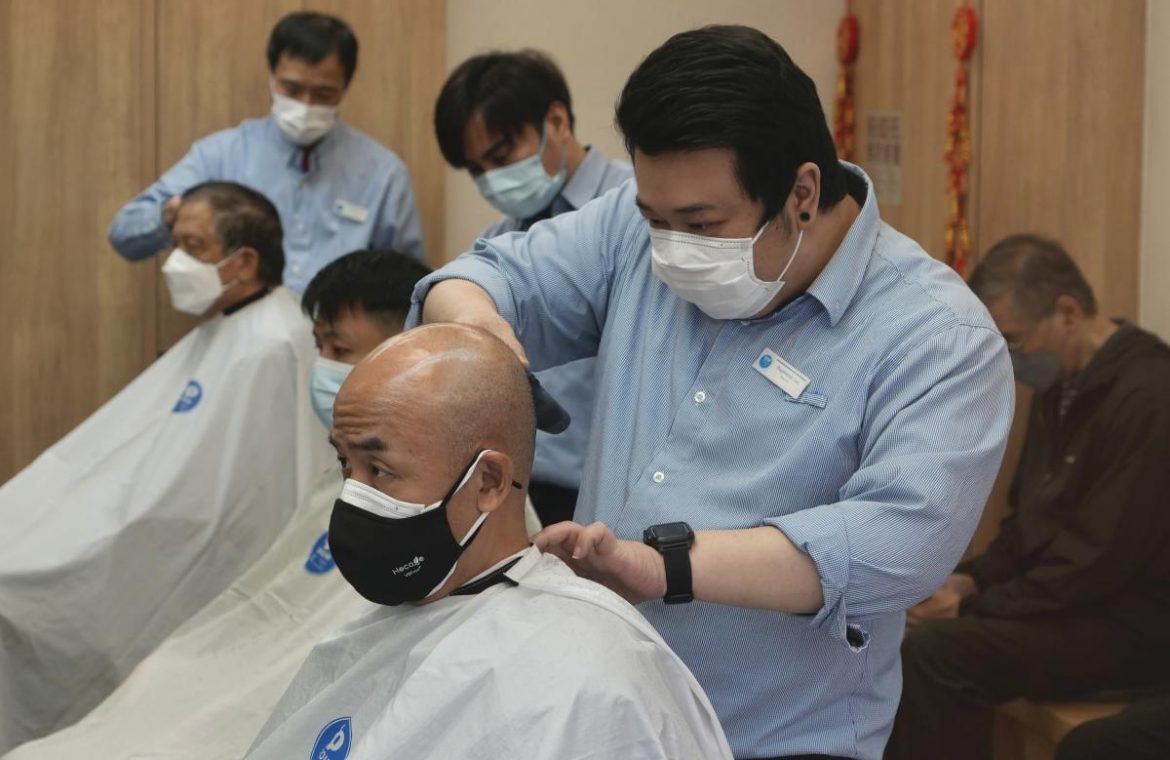 BEIJING (AP) — China is tackling a COVID-19 spike with selective lockdowns and other measures that appear to slightly ease its draconian “zero tolerance” strategy.

In Hong Kong, where experts say the city’s worst outbreak to date may have peaked, barber shops and hair salons reopened Thursday. Still, many are seeing that as an example of mixed messages from the government of the semi-autonomous Chinese territory that has been ordered to follow the “zero tolerance” approach used on the mainland.

Hong Kong authorities reported 31,392 local infections on Thursday, down from over 50,000 infections the previous day.

On the mainland, the 402 cases of local transmission reported Thursday were quadruple the number of cases a week ago. Of those, 165 were in the northeastern province of Jilin, mainly in the cities of Changchun and Jilin, where city authorities locked down 160 residential communities where multiple cases have been detected.

Drivers and passengers of private cars, buses and taxies entering or exiting Changchun must present negative tests for the coronavirus taken within the past 48 hours.

Authorities attributed the Jilin provincial outbreak to the highly contagious omicron variant, with more than 1,200 cases recorded nationwide since Friday, some of the highest numbers since the pandemic began spreading from the central city of Wuhan in 2020.

Still, control measures were less strict than in the past, in a possible sign that China is beginning to relax its “zero tolerance”” approach to the pandemic. As recently as January, China was locking down entire cities, affecting millions of people.

Hong Kong leader Carrie Lam said Wednesday that reducing deaths is the city’s priority. Hong Kong is dedicating several hospitals to COVID-19 treatment and building an emergency hospital that will be staffed by medical workers from the mainland.

Lam also said there was no updated schedule for a mass-testing plan in Hong Kong that was initially expected to occur this month but was put on hold.

Hong Kong has seen more than 600,000 infections since the latest wave began at the end of December.

Hair salons in the city reopened Thursday after being ordered to close for a month as part of tough social-distancing restrictions.

“It’s good that we are allowed to open and have business although there’s still more than 20,000 to 30,000 daily cases,” said Andy Cheung, the owner of an express salon.

“But still, it’s good that we can serve the community,” he said.