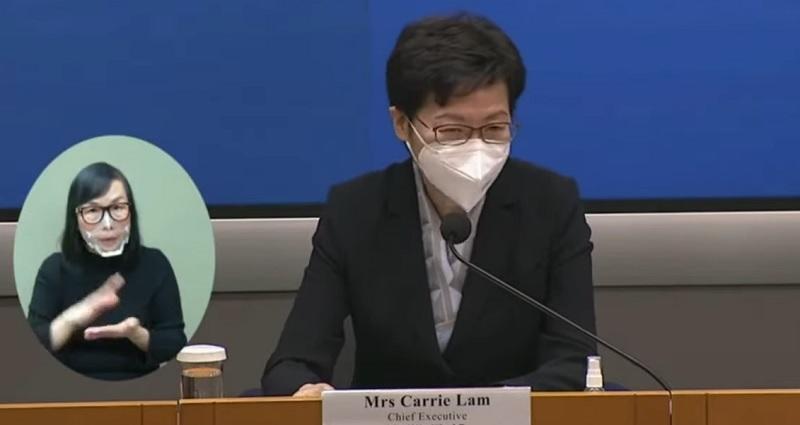 Crematoriums in Hong Kong are reportedly filling up as the region nears 1 million infections and faces the world’s highest COVID-19 death rate in its current outbreak.

Hong Kong Chief Executive Carrie Lam told reporters during a press conference on Wednesday that the new wave of COVID-19 cases and their resulting deaths is putting a strain on the region’s healthcare system.

“Our crematoriums are working day and night, and they are already close to their capacity,” she said. “Within such a short period of time, we have seen so many deaths, and that would affect the logistics of funeral matters.”

Researchers at the University of Hong Kong earlier estimated that 3.6 million Hong Kongers, or about half of the region’s population, have been infected through March 14.

Most of the deaths, which have reached a total of 4,847 since the start of the pandemic, were residents of nursing homes, as well as the unvaccinated and the elderly. This total figure has exceeded that of mainland China, which is at 4,636 as of this writing.

The Omicron variant, which is extremely infectious, became too much for Hong Kong’s “zero-COVID” strategy, which involves citywide lockdowns and aggressive tracing and testing, along with other strict measures.

The zero-tolerance approach, which Beijing also imposes in mainland China, has seemingly backfired in Hong Kong, especially after the Omicron variant spread to dozens of local senior care homes.

According to Lam, the strategies from earlier waves are now “simply unrealistic” to implement due to the rising number of cases.

“I can’t see the economy torn into pieces,” she said.

The government has since eased some of its strict policies. For example, instead of being sent to isolation facilities and hospitals, patients with mild cases can now stay at home until they test negative for COVID-19.

According to officials, however, these temporary concessions will remain until isolation and testing capacities have recovered with assistance from Beijing.