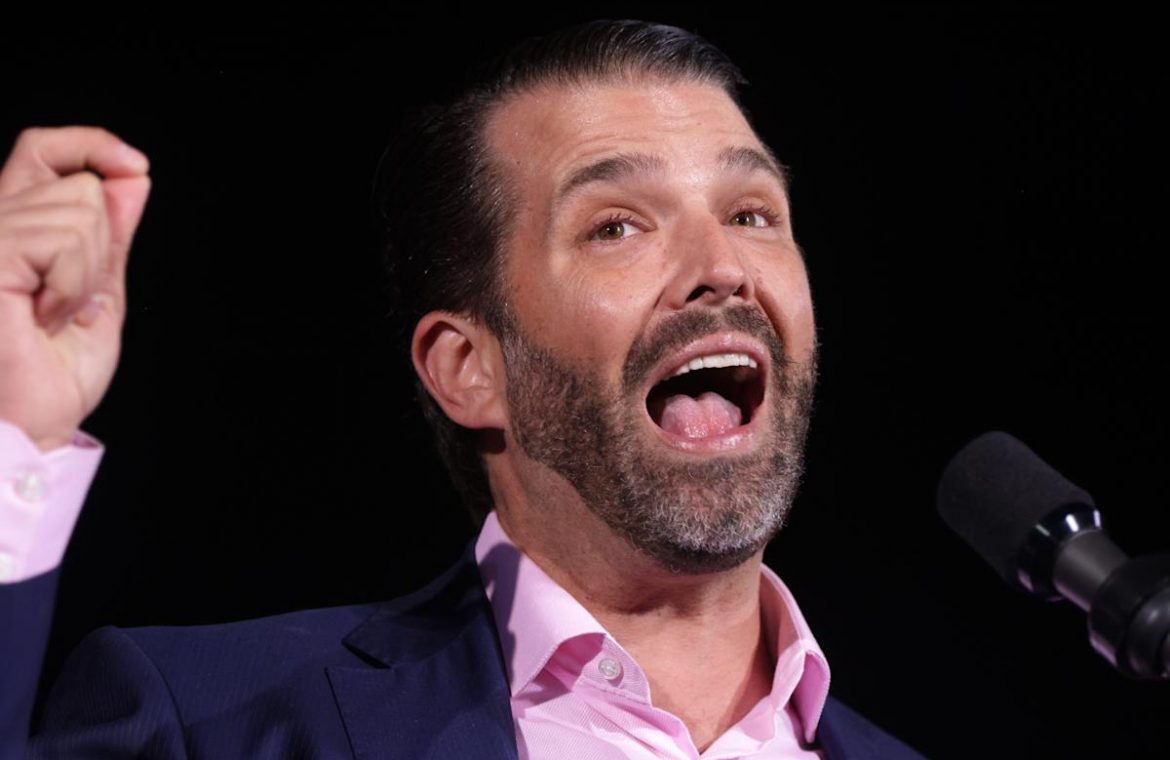 He told Fox News that Americans were “like sheep” for not “pushing back.”

Trump Jr. also falsely claimed that the US media was suppressing reports about the European protests.

Donald Trump Jr. praised countries in Europe for protesting against COVID-19 restrictions and said American people were “like sheep” for not doing the same.

The former president’s son made the comments while speaking to Fox News’s Dan Bongino on Saturday.

“Europe is pushing back, and America is sitting there like sheep. ‘Oh, this is great. We’ll just go along with what these guys who’ve gotten nothing right in the last two years tell us.’ It’s absolute insanity,” Trump Jr. said.

Trump Jr. also falsely claimed that the media in the United States was deliberately not reporting on the recent wave of protests in Europe over COVID-19 winter restrictions, some of which turned into riots.

“You don’t hear about what’s going on as it relates to the riots in Europe on a daily basis now against the vaccine mandates because our media wants to block that out,” Trump Jr. said.

“They’re going to make sure that you never hear about it because they don’t want you getting these kind of ideas that freedom may actually still exist in some parts of the world.”

Several European countries have introduced new measures to combat the spread of COVID-19 as winter approaches, including lockdowns and proof of vaccination to access certain places.

Earlier this year, the US introduced requirements for federal employees to be vaccinated, removing the option to get routinely tested instead.

As Insider previously reported, similar vaccine mandates in Europe have proved to be successful in increasing uptake.

Research has shown that the US has much higher rates of vaccine hesitancy than most European countries.

In the same interview with Fox, Trump Jr. criticized President Biden for not completely curbing the spread of the virus and bizarrely criticized the president for not curing cancer.

“He was also going to cure cancer, if I remember correctly, Dan,” Trump Jr. told Dan Bongino. “Remember that? Everyone was, ‘Oh, that’s great, we should definitely elect him.’ I haven’t seen much movement on that.”