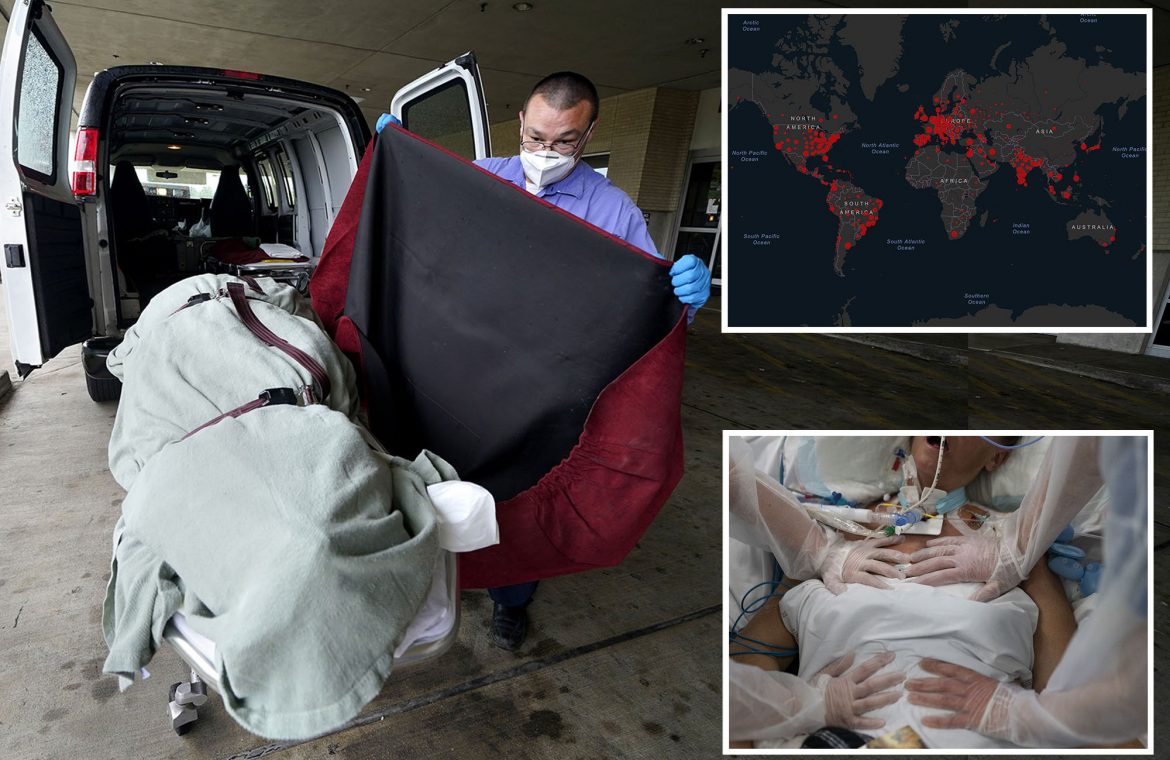 More than 6 million people across the globe have died from COVID-19 — with the US closing in on 1,000,000 deaths alone, sobering data shows.

Some 6,000,864 people worldwide have died from the virus as of early Monday, according to data compiled by Johns Hopkins University. In the United States, where 65% of people are fully vaccinated, 958,621 deaths and more than 79 million confirmed cases have been tallied, according to the data.

But as hospitalizations and deaths continue to significantly slow, a growing number of US states are dropping mask and vaccine mandates, including in New York City public classrooms beginning on Monday.

Face mask rules are also set to be relaxed this week in Connecticut, Massachusetts and Vermont.

The first million deaths from the pandemic — now in its third year — occurred over just seven months in 2020.

Global deaths also likely crossed the 6 million threshold some time ago due to an undercount associated with shoddy record-keeping in some parts of the world.

One analysis by a team at The Economist estimates that as many as 23.8 million people have died globally from the virus.

According to data from Johns Hopkins University, over 6 million people have died due to COVID-19 as of March 7, 2022. CRC / JHU

Hospitalizations and deaths continue to significantly slow down, and a growing number of US states are dropping mask and vaccine mandates.AP Photo/Daniel Cole, File

Vaccine disparity continues to be an issue, with just 6.95% of people in poorer nations fully jabbed — compared to more than 73% in higher-income locales.AP Photo/Daniel Cole, File

“Confirmed deaths represent a fraction of the true number of deaths due to COVID, mostly because of limited testing, and challenges in the attribution of the cause of death,” Edouard Mathieu, head of data for Our World in Data, told the Associated Press. “In some, mostly rich, countries, that fraction is high and the official tally can be considered to be fairly accurate, but in others it is highly underestimated.”

The US has the highest official death count worldwide, followed by Brazil (652,216), India (515,036) and Russia (348,467), data shows. More than 445 million cases have been confirmed across the world, but weekly counts have been declining in all regions except in the western Pacific, including China, Japan and South Korea, according to the World Health Organization.

Vaccine disparity continues to be an issue, with just 6.95% of people in poorer nations fully jabbed — compared to more than 73% in higher-income locales, according to figures from Our World in Data.

According to the data, the US has the highest official death count worldwide, followed by Brazil and Russia.AP Photo/Jae C. Hong

An employee of a local funeral home covers the body of a COVID-19 patient who died as he prepares to take it away from a loading dock, at the Willis-Knighton Medical Center in Louisiana. AP Photo/Gerald Herbert, File

Registered nurse Bryan Hofilena attaches a “COVID Patient” sticker on a body bag of a patient who died of coronavirus.AP Photo/Jae C. Hong

“This is a disease of the unvaccinated — look what is happening in Hong Kong right now, the health system is being overwhelmed,” Tikki Pang, a visiting professor at the National University of Singapore’s medical school, told the Associated Press.

“The large majority of the deaths and the severe cases are in the unvaccinated, vulnerable segment of the population.”

Don't Miss it White House releases new COVID-19 recovery plan
Up Next Florida’s surgeon general breaks with CDC advice, says the state will be the first to ‘officially recommend against the COVID-19 vaccine for healthy children’