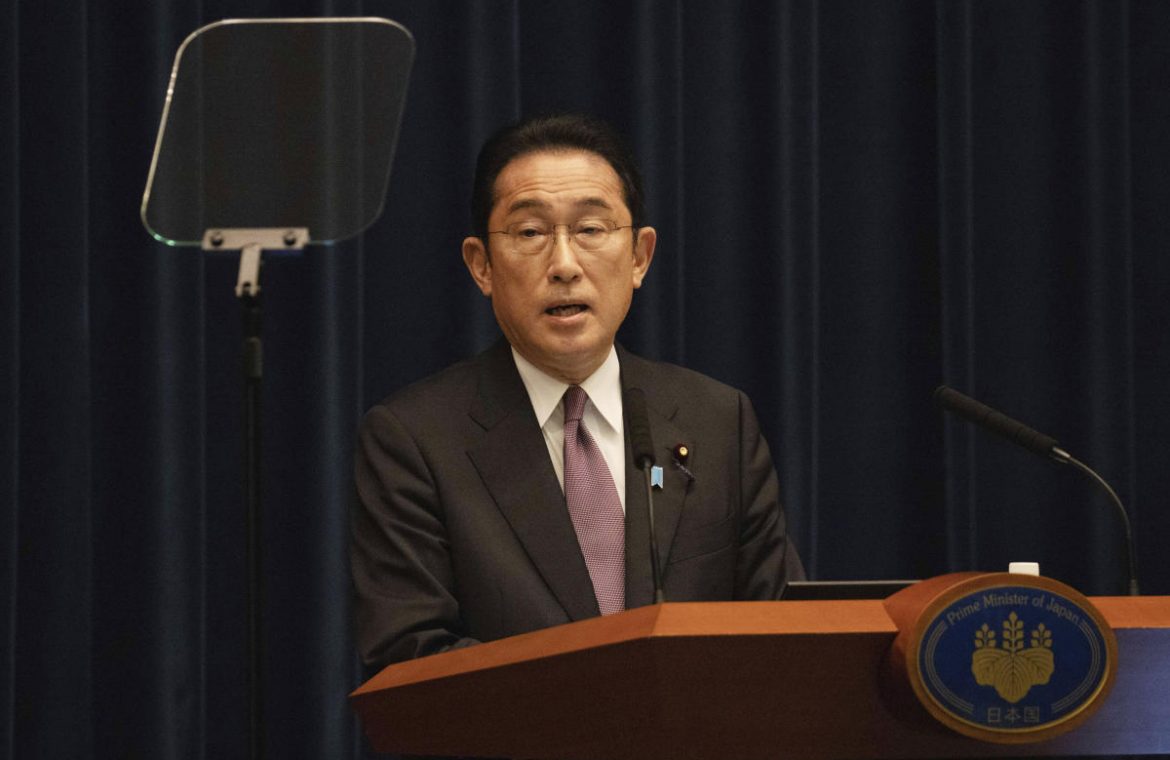 The COVID-19 restrictions currently in place in 18 prefectures, including the Tokyo area, will end on Monday as planned, Kishida said at a news conference on Wednesday, as his government seeks to cautiously expand consumer activity to help the badly hurt economy get back on track.

“This will be a transitional period so that we can return to our normal daily lives as much as possible by taking maximum precautions,” Kishida said.

It will be the first time Japan has been free of virus restrictions since early January. The plan will be formally adopted after an experts’ panel endorses it on Thursday.

Daily caseloads have steadily declined in Japan in recent weeks after surging to new highs exceeding 100,000 in early February. New cases have fallen by about half.

The lifting of restrictions will allow more domestic travel, as well as parties and larger gatherings for people with vaccination records and negative virus tests, Kishida said.

But Japan is not opening its border to foreign tourists yet.

Kishida on Wednesday did not mention further easing of Japan’s border controls. His government has eased border restrictions by increasing the limit on daily new arrivals to 7,000 in order to allow in foreign scholars, students, business people and interns after criticisms from inside and outside Japan that locking them out is exclusionist and unscientific.

While omicron causes mild symptoms in most people and the fatality rate remains low, the latest wave is the deadliest one so far in Japan because the total number of patients were many times higher than in earlier waves. Still, deaths in Japan total about 26,000 since the pandemic began two years ago, significantly lower than many other countries.

Most victims were elderly patients whose underlying illnesses rapidly worsened after contracting the virus, experts said.

Kishida has faced criticism that he delayed booster shots until all municipalities were ready, allowing the virus to quickly spread in the country.

His government has since opened mass inoculation centers to speed up the booster program. About 72% of people aged 65 or older have received their third jabs, but overall booster vaccines have reached only one-third of the population.

Experts urge caution after the lifting of restrictions due to the possibility of a resurgence of infections. A subvariant of omicron is gradually replacing the primary strain around the country.

In some areas, hospital bed occupancy rates still exceed 50%, and oral antiviral pills are not reaching as many people as expected. Although Kishida’s government has pledged to secure millions of doses of the two imported oral pills, they are not widely used. One is rather large and hard to swallow, and another cannot be combined with many other drugs.

The ongoing COVID-19 restrictions are largely limited to eateries, where shorter service hours are requested. The general public is also asked to work from home and avoid parties and large events, as well as to wear masks while in public places and follow other basic anti-virus measures.