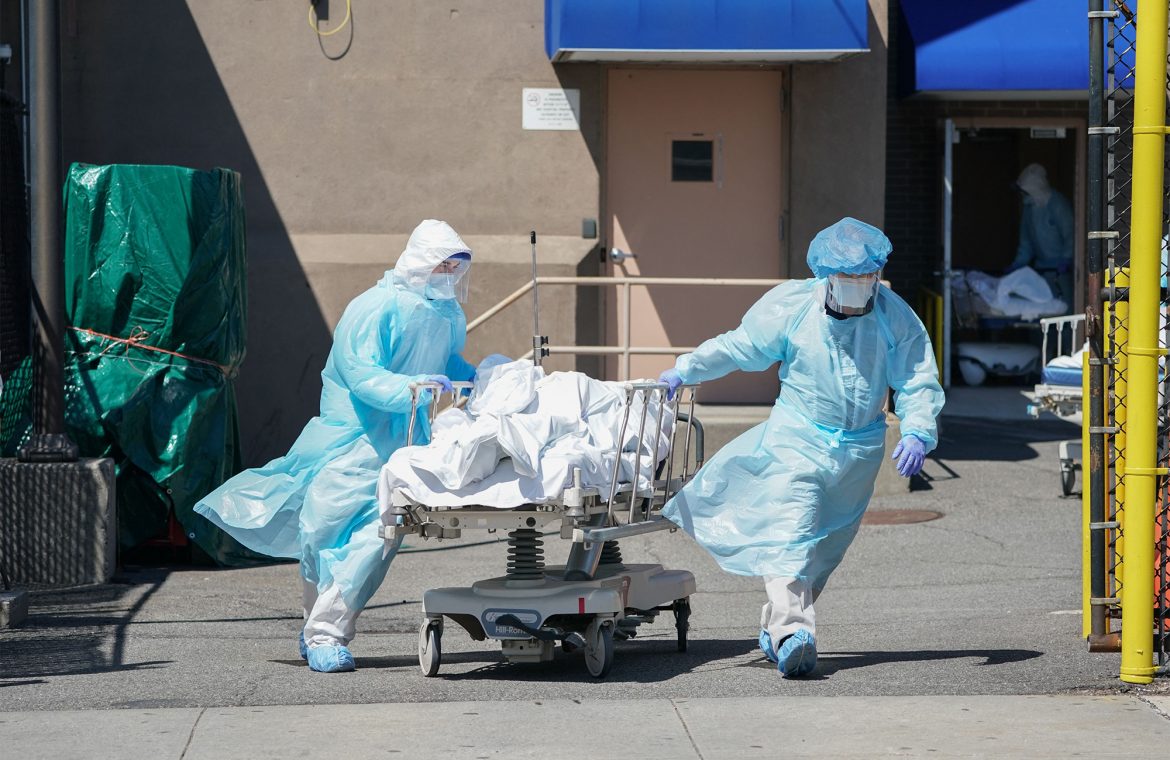 New York is about to surpass another grim milestone: 70,000 deaths from COVID-19 — or more than enough bodies to fill both Mets Citi Field and Madison Square Garden, new data show.

The US Centers for Disease Control reported 69,967 deaths in the Empire State as of Friday.

The state Health Department on Saturday tallied 55,029 COVID-19-related deaths so far, as reported by hospitals, nursing homes and adult-care facilities. But the CDC provides a more complete figure based on death-certificate data reported by state and city health officials.

The state’s 60,000 death toll was shattered in mid-December as the coronavirus’s Omicron wave hit New York.

New York City got hammered early during the first COVID-19 outbreak in March 2020, when there were no vaccines available and local hospitals were overwhelmed with limited treatment. Those who died during that time still represent a significant percentage of the state’s overall death tally, health experts say.

“A lot of the deaths occurred during the early onslaught in New York,” he said. “Also, front-line workers had to go to their jobs. They could not self-isolate. That also had an impact.”

The US Centers for Disease Control reported 69,967 deaths in the Empire State as of March 18, 2022. REUTERS/Brendan McDermid/File Photo

New York has the 11th highest death rate of all states in the country, or 348 per 100,000 residents, according to John Hopkins Coronavirus Resource Center.

Mississippi, per capita, currently has the highest death rate: 412 per 100,000 residents.

An analysis of New York Health Department data by El-Mohandes found that The Bronx had the highest death rate of the major counties in New York — 370 per 100,000.

Thanks to higher vaccination rates and better treatment, hospitalizations and deaths have dropped significantly in New York, officials said.

Governor Kathy Hochul holds a COVID-19 briefing in the Red Room at the State Capitol.Mike Groll/Office of Governor Ka

“Getting the vaccine is the best way to keep yourself, your community and your loved ones safe against COVID-19,” Gov. Kathy Hochul said.

“We’ve made tremendous progress in our fight against COVID and we cannot stop now. If you have yet to get the first dose, second dose, or booster, do so today. They are free, effective, and readily available statewide.”

El-Monandes agreed that people should “take personal responsibility” and get vaccinated if they haven’t and practice good personal hygiene, noting the emergence of the BA2 strain and increasing COVID rates elsewhere.

A man walks past a memorial dedicated to those who lost their lives to COVID-19 at Greenwood Cemetary on May 28, 2020ANGELA WEISS/AFP via Getty Images

Meanwhile, the Russian invasion of Ukraine and its ensuing refugee crisis are cause for concern, as is the recent increase in COVID infection rates in Europe and Asia, including China, he said.

“We should be very, very vigilant. We shouldn’t let our guard down,” El-Mohandes said.

“We don’t know how COVID will evolve or how long immunity we’ve gained from infection or vaccination will last,” said Frieden, who tweeted that “I’ll never forget the haunting sound of constant sirens” when COVID-19 first hit the Big Apple.

“It’s important we stay vigilant, keep learning and planning, use the effective tools we have and adapt precautions to the level of spread in each community.

“COVID increases in Europe could presage an increase in the US. COVID isn’t going away, but we have more tools than ever to limit its impact — from vaccines and masks to treatments, tests, ventilation, and surveillance. We must use them effectively.”

He urged elected officials to put their money where their mouth is by bolstering funding to the US’s public-health’s “aging” and “obsolete” infrastructure to better prepare for future emergencies.