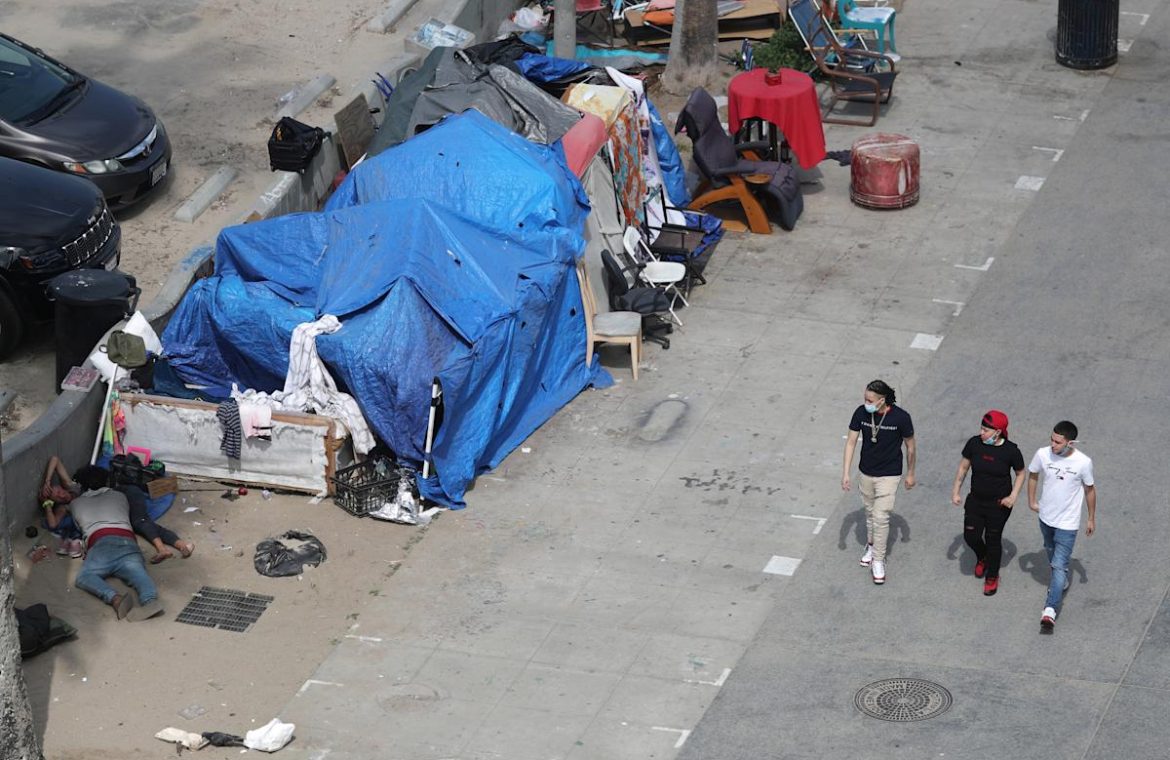 BERKELEY, Calif. — In a state where tent cities continue to proliferate underneath freeway overpasses and rows of broken-down RVs provide shelter to a growing number of people, the number of deaths among the homeless has been soaring in recent years.

“It’s like a wartime death toll in places where there is no war,” Maria Raven, an emergency room doctor in San Francisco and the co-author of a study on homelessness deaths during the coronavirus pandemic, told the New York Times.

The study, which focused on the deaths of indigent people living in San Francisco, found that “twice as many people died while homeless in the year starting March 17, 2020, compared with any prior year.” Between that date and March 16, 2021, 331 deaths among homeless people were recorded.

The leading cause of death, however, was not COVID-19, and death by overdose was due primarily to exposure to fentanyl, a synthetic opioid that the U.S. Drug Enforcement Agency says is “80-100 times stronger than morphine.”

In fact, for the year covered in the study, “COVID-19 was not listed as the primary cause of any deaths” among the city’s homeless.

California is home to the largest percentage of an estimated 500,000 homeless Americans, accounting for roughly one-quarter of the total, the Times reported. Yet the number of deaths reported among the homeless is also on the rise in cities like Indianapolis, Nashville, Salt Lake City and Austin, Texas. Still, as the Times noted, based on reporting from officials in 58 California counties that tally the deaths of homeless people, last year the state recorded at least 4,800 such fatalities.

A study of the deaths of homeless people living in Alameda County, which includes Berkeley, from 2018 through 2020 found that 57% of those fatalities “took place outside of a medical setting,” instead occurring “on streets/sidewalks, outdoors, in vehicles, encampments, shelters, others’ residences and other locations.”

As with the study conducted in San Francisco, the leading cause of death in the county was from drug overdoses, with “25% of homeless deaths between 2018 and 2020 (190) … directly due to drug overdose, with the number of overdoses among people experiencing homelessness rising sharply in 2020.”

With sky-high housing costs, especially in urban centers like the San Francisco Bay Area and Los Angeles, Californians are often stretched to make rent or pay a mortgage. A March poll conducted by the Public Policy Institute of California found that nearly 55% of state residents said they were concerned about not having enough money to cover their housing costs.

As of September 2021, the average rent for a two-bedroom apartment in California was $1,996, according to Statista.