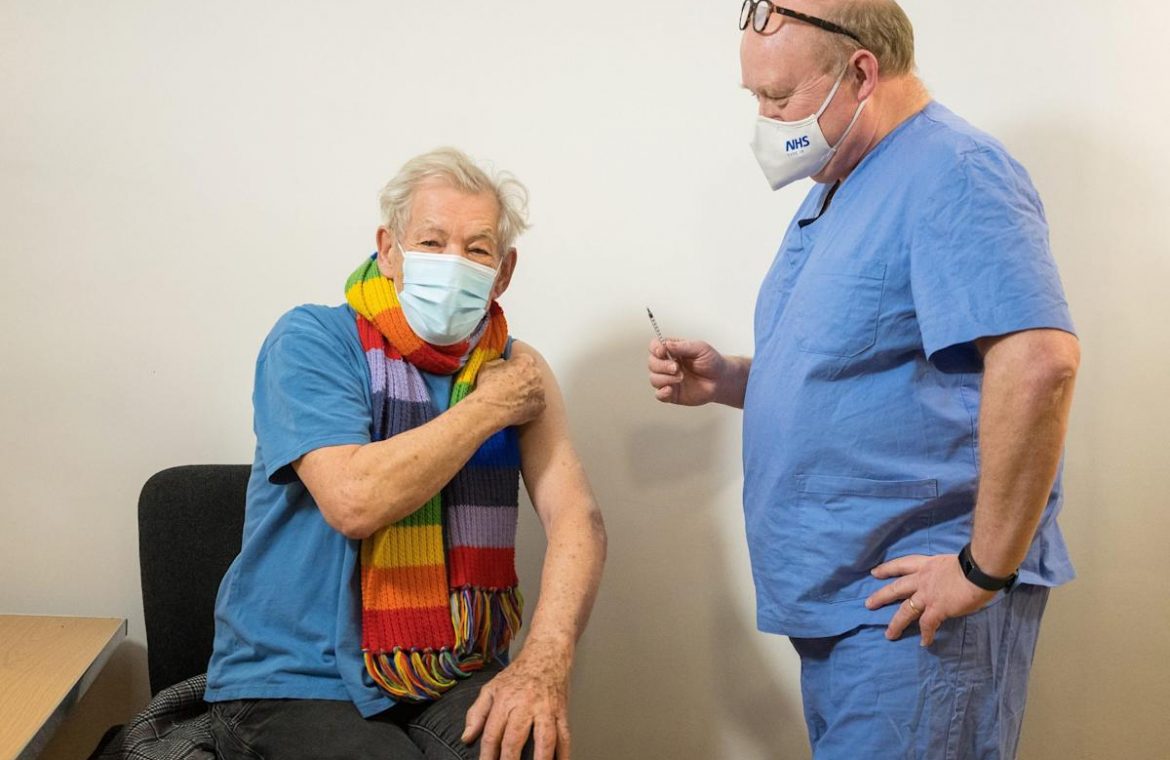 Pfizer’s vaccine has 30 micrograms of mRNA, the active ingredient. Moderna’s has 100 micrograms.

Both vaccines produce similar side effects, according to the CDC.

Pfizer’s top scientist has defended the dose of the company’s COVID-19 vaccine, which is lower than in Moderna’s vaccine.

Pfizer’s COVID-19 vaccine has 30 micrograms of mRNA, the active ingredient of the vaccine, and Moderna’s has 100 micrograms. Scientists have speculated this could be a reason why Pfizer’s shot produced a lower antibody response than Moderna’s in recent studies.

Philip Dormitzer, chief scientific officer at Pfizer, told the Financial Times on Wednesday that Pfizer and co-developer BioNTech “used the minimum dose level” that they could to get an immune response that was stronger than simply catching COVID-19.

Dormitzer added that a higher dose might have risked more side effects, per the Financial Times.

“If you look at what’s going on with all the COVID-19 vaccines out there, the derailer has often been adverse events that have cropped up,” he said.

Pfizer and Moderna’s COVID-19 vaccines produce similar side effects, according to the Centers for Disease Control and Prevention. Possible side effects include: a sore, painful, red arm; muscle aches; fatigue; and fever.

A type of heart inflammation, called myocarditis, is an “extremely rare” side effect of both vaccines, and resolves quickly.

There are case reports of so-called “Moderna arm,” an angry red rash that goes away on its own after getting Moderna’s shot, which isn’t seen with Pfizer’s. Insider contacted Moderna for comment, but didn’t immediately receive a response.

In the US, more than 214 million doses of Pfizer’s shot have been given out, and 147 million of Moderna’s, according to the CDC.

A study of 1,600 Belgian health workers published as a research letter in JAMA on August 30 found that Moderna’s COVID-19 vaccine produced twice as many antibodies compared with Pfizer’s, at six to ten weeks after vaccination.

The study authors said that the higher mRNA levels in Moderna’s vaccine compared with Pfizer’s, and the longer time interval between doses for Pfizer “might explain this difference.”

Another study from the University of Virginia, published as a research letter in JAMA on September 2, found there was no difference in antibody response between age groups with Moderna’s vaccine, but that Pfizer’s produced a lower antibody response in people aged 50 and older. The researchers said that the differences between the vaccines could “relate” to the amount of mRNA in them.

The antibody response is just one aspect of the immune system, and the antibody level needed to protect against COVID-19 is not yet established.

Vaccine protection also depends on whether or not the antibody response changes over time. For example, a recent study from Oxford University found that at four months, Pfizer’s and AstraZeneca’s vaccines had similar levels of antibodies, because the antibody level from Pfizer’s shot waned over time while the levels from AstraZeneca’s remained the same.

Previous real-world data from Canada found that after one dose, Pfizer’s vaccine was 56% effective against COVID-19 with symptoms caused by the highly infectious Delta variant. Moderna’s was 72% effective, the study found.

Other factors could have influenced the results though, including that Pfizer’s vaccine had typically been given to older people who tend to produce weaker immune responses. The study hasn’t been scrutinized by experts in a peer-review,

Don't Miss it Parents find out from other parents that all of school’s kindergarten teachers have COVID-19
Up Next 99 percent of COVID-19 hospitalizations from unvaccinated: data