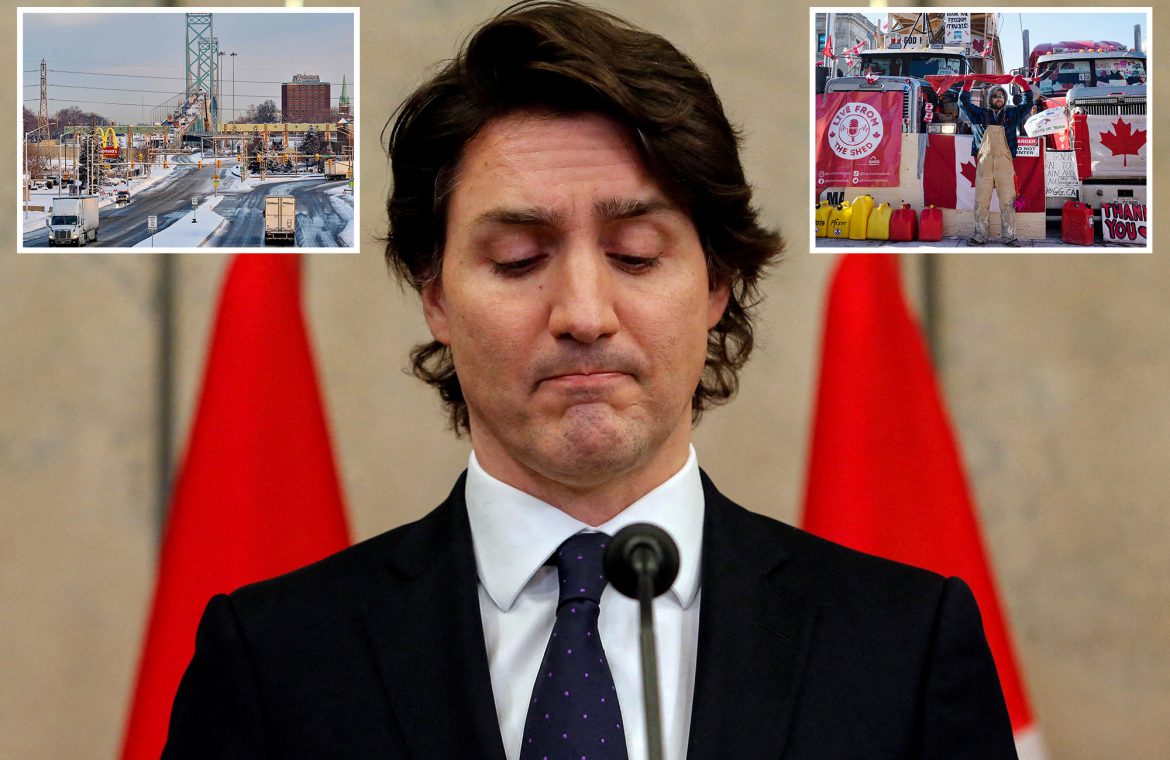 Canadian Prime Minister Justin Trudeau plans to invoke emergency powers to end the ongoing protests across the country against COVID-19 restrictions that have blocked a key US-Canadian border bridge, according to a report.

Trudeau told his Liberal caucus of his intentions early Monday to invoke the never-before-used act, sources close to the matter told CBC.

The emergency act allows him to take “special temporary measures that may not be appropriate in normal times” in response to scenarios like natural disasters or widespread civil unrest, CBC reported.

Prime Minister Justin Trudeau said there were no current plans to deploy the military against the truckers and other demonstrators.Justin Tang/The Canadian Press via AP

The prime minister, who will meet with Canada’s premiers later in the day, said there were no current plans to deploy the military against the truckers and other demonstrators opposing a vaccinate-or-quarantine mandate for cross-border drivers.

Invoking the Emergencies Act would allow the federal government to declare the Ottawa protest illegal and make greater use of the federal Mounties, experts said.

A court order and threats of arrests have failed to fully disperse the protesters in Ottawa and at the Ambassador Bridge, which was reopened Sunday after cops arrested up to 30 protesters. The bridge, which links Windsor, Ontario, to Detroit, carries one-quarter of all trade between the US and Canada.

Truckers and demonstrators have blocked the Ambassador Bridge in protest over the vaccinate-or-quarantine mandate for cross-border drivers.Geoff Robins/AFP via Getty Images

The Emergencies Act would allow the federal government to declare the Ottawa protest illegal and make greater use of the federal Mounties.Adrian Wyld/The Canadian Press via AP

“This is the biggest, greatest most severe test Trudeau has faced,” Wesley Wark, a professor at the University of Ottawa, told the Associated Press. “And if using the Emergencies Act they fail to clear the protest, I think he’s done.”

An earlier version of the act – then called the War Measures Act – was used just once during peacetime in 1970 by Trudeau’s late father, Prime Minister Pierre Trudeau, in response to a militant movement in Quebec.

Ontario Premier Doug Ford, meanwhile, announced Monday the province would drop its proof-of-vaccination requirement for restaurants, gyms and bars starting on March 1 due to a decline in coronavirus cases.

“Let me very clear: We are moving in this direction because it is safe to do so,” Ford said. “Today’s announcement is not because of what’s happening in Ottawa or Windsor but despite it.”

Don't Miss it 10 reasons why scientists believe coronavirus originated from lab in Wuhan, China
Up Next US truckers organize stateside convoys set to protest COVID-19