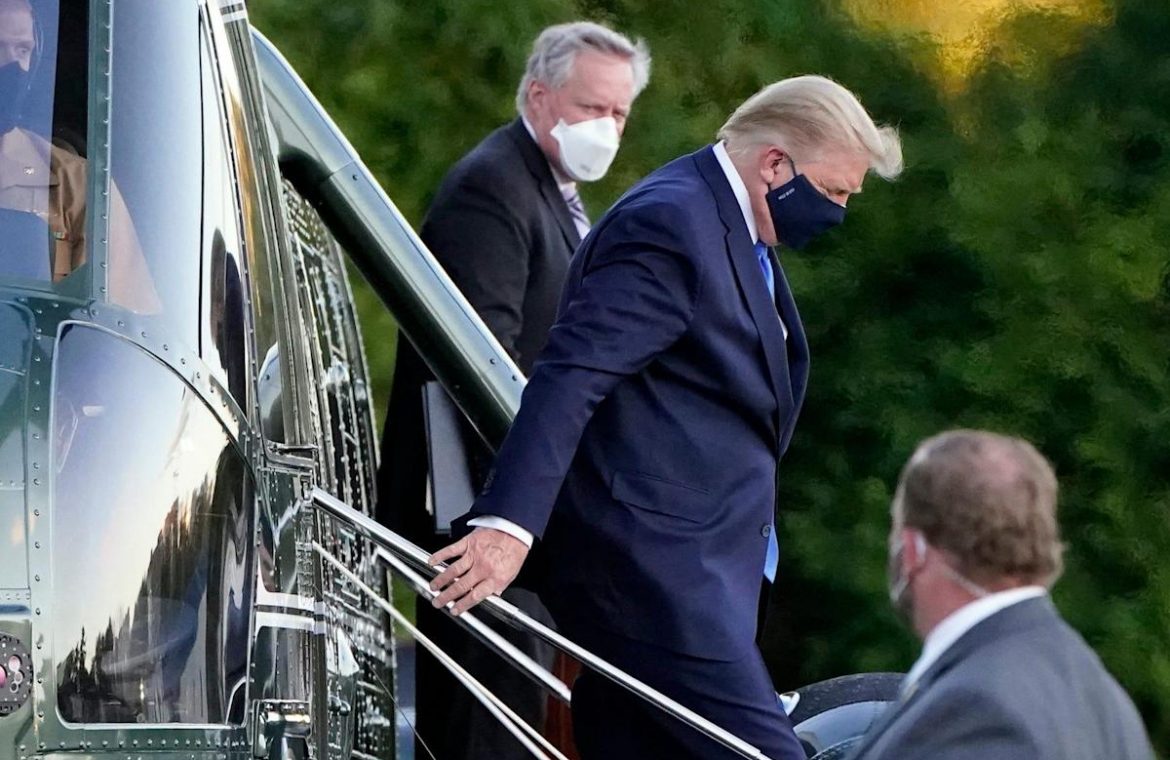 Trump slammed his ex-chief of staff’s account of Trump testing positive for COVID before a debate.

Mark Meadows says in his forthcoming memoir that Trump tested positive on September 26.

“The story of me having COVID prior to, or during, the first debate is Fake News,” Trump said.

Former President Donald Trump on Wednesday lashed out at his former chief of staff Mark Meadows over his claim that Trump tested positive for COVID-19 before his first debate with Joe Biden.

“The story of me having COVID prior to, or during, the first debate is Fake News,” Trump wrote in a statement. “In fact, a test revealed that I did not have COVID prior to the debate.”

The account was first reported by The Guardian, which obtained a copy of Meadows’ book “The Chief’s Chief.” Trump announced that he and then-first lady Melania Trump both were infected with COVID-19 on October 2, three days after the debate.

Meadows, who doesn’t use profanity, writes that Trump responded to the news that he had tested positive with expletives: “‘Oh spit, you’ve gotta be trucking lidding me.'”

Meadows writes that Trump’s doctor Sean Conley instructed the former president’s team to stop him from traveling to a campaign rally in Middletown, Pennsylvania, shortly after he tested positive. But Trump did not cancel his plans and traveled with his team and a group of reporters to the rally. And he talked to reporters on Air Force One without a mask on.

“Nothing was going to stop [Trump] from going out there,” Meadows writes, according to The Guardian.

Meadows doesn’t say whether the president took another test to confirm his negative result before the debate.

The Fox News host Chris Wallace said Trump arrived too late at the presidential debate to get a coronavirus test. The debate organizers instead relied on the honor system. Trump’s family members controversially refused to wear masks while sitting in the audience at the indoor debate venue in Cleveland.