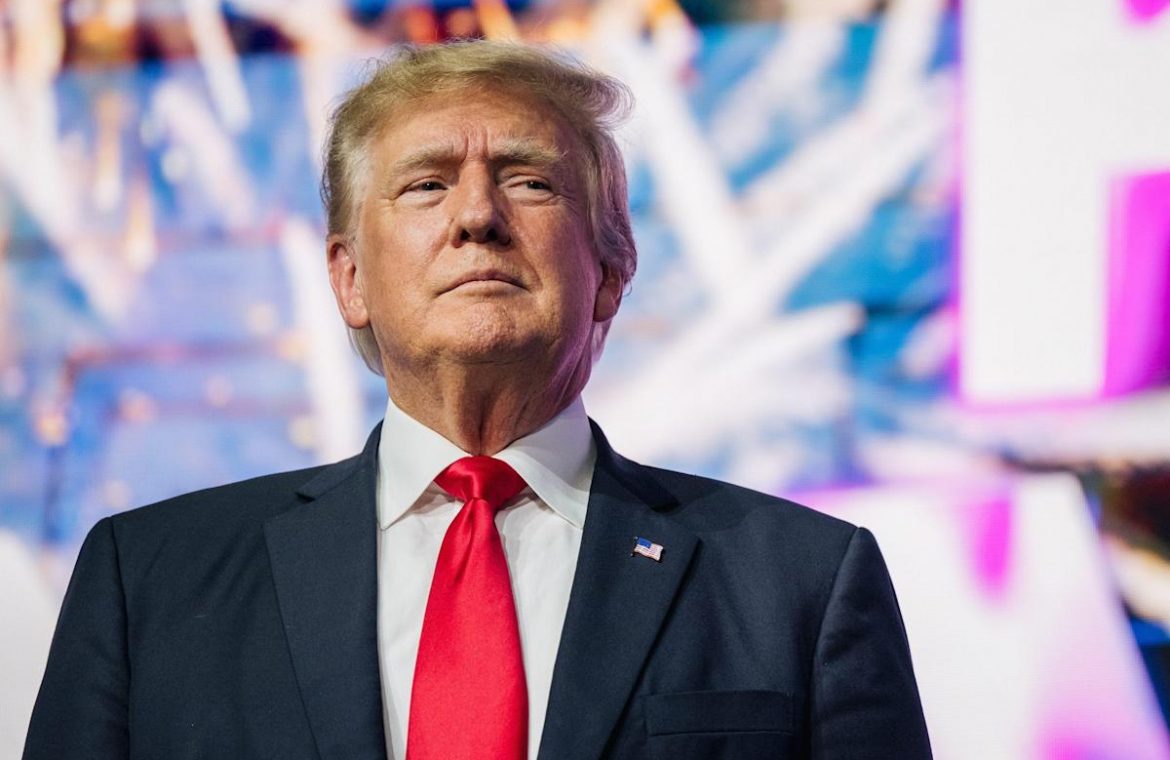 But he also said he didn’t see why COVID-19 survivors needed shots unless they’re in at-risk groups.

People can get COVID-19 more than once, and experts still recommend a full vaccine course.

Former President Donald Trump, who is triple-vaccinated, said in a new interview that he didn’t understand why people who had caught COVID-19 would ever get vaccinated unless they’re old or immunocompromised.

During an interview with NPR’s Steve Inskeep published Wednesday, Trump responded to a question about the millions of Americans who hadn’t been fully vaccinated by predicting the pandemic “is going to phase out.”

“You know, there are many people that have had it, if you look at the numbers,” Trump answered, referring to coronavirus infections.

“I don’t know why they would be getting the vaccine for the most part, unless they were at a certain age group and they had certain problems, whether it’s the high blood pressure, diabetes, and, you know, various things in particular.”

While studies have indicated that past infection can offer long-term protection against the coronavirus, people can still get COVID-19 more than once, and researchers recommend a full vaccine course, including a booster, to lower the risk of reinfection.

Trump has in recent weeks heavily endorsed COVID-19 vaccinations, and he told NPR he felt “very comfortable” being vaccinated. Many of his supporters remain anti-vaccination, however, and in a live interview last month he told his supporters not to boo when he announced he had received a booster shot.

He also told NPR he didn’t believe in vaccine mandates, saying they’re “bad for the economy.” Last year, President Joe Biden announced COVID-19 vaccine mandates for private companies and health workers, but they have been ensnared in a series of court cases that have since reached the Supreme Court.

The NPR interview, which was meant to last 15 minutes, was cut short after Trump hung up the phone while being challenged over his false election-fraud claims.

The former president has previously discussed who he thinks should take the COVID-19 vaccine.

In an interview with the One America News Network, which aired Tuesday, Trump said he didn’t think “young, healthy” people should take the vaccine.

“I don’t think that certainly, these young kids should take it,” he said, according to a clip of the interview published by Mediaite, adding, “Their immune systems are so strong.”

As of Tuesday, just over 60% of the US population was considered fully vaccinated, according to the Centers for Disease Control and Prevention.