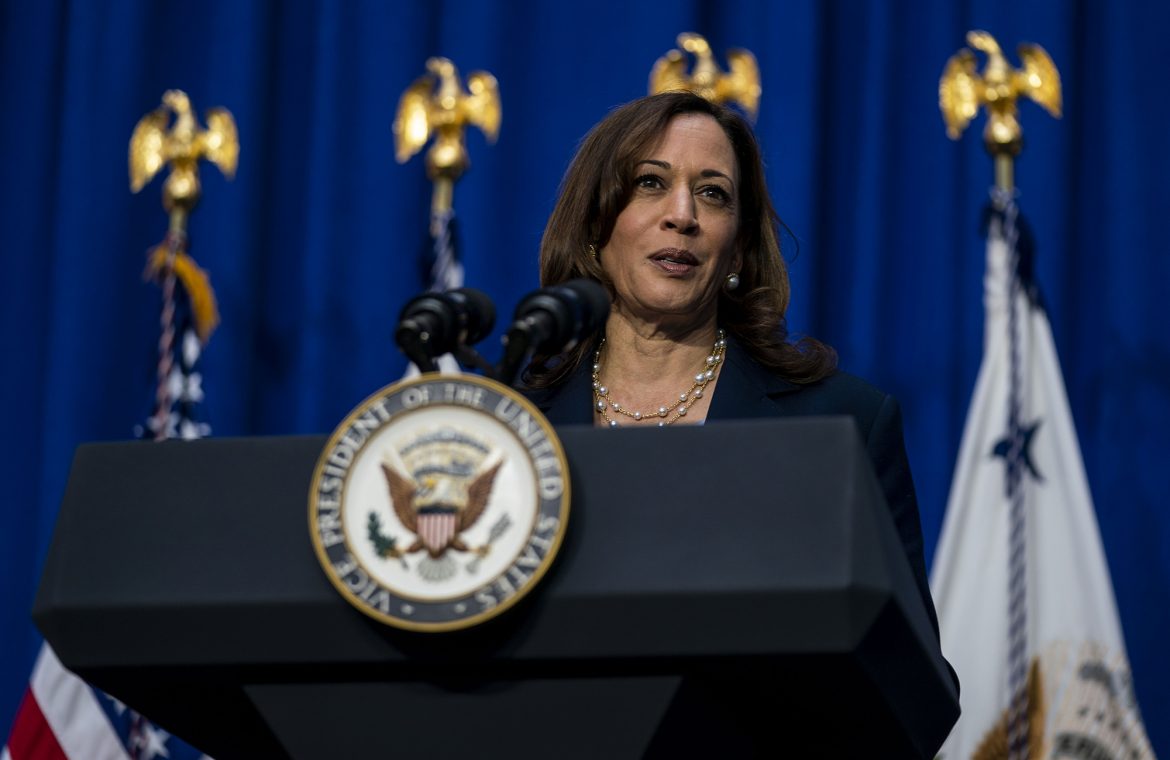 Harris, who is fully vaccinated and twice boosted, has not been a close contact of the president or first lady, White House press secretary Kirsten Allen insisted.

“She has not been a close contact to the President or First Lady due to their respective recent travel schedules. She will follow CDC guidelines and the advice of her physicians.”

Harris has not been in close contact with President Biden or First Lady Jill Biden, according to White House press secretary Kirsten Allen.Kent Nishimura / Los Angeles Times via Getty Images

Harris has exhibited no symptoms and will isolate and work from the vice president’s residence, Allen added.

“The Vice President will return to the White House when she tests negative,” the statement read.

Harris was scheduled to receive the President’s Daily Brief in the Oval Office with President Biden Tuesday morning but White House spokesman Chris Meagher told The Post that the veep didn’t attend.

The vice president was last seen with Biden on April 18 for the White House’s Easter Egg Roll. Shortly after, Harris traveled to California for a series of events across the state and returned to Washington, DC, Monday evening.

Harris’ positive test result comes just weeks after several other administration members – including a member of her staff – tested positive for the virus amid an uptick of positive cases in Washington, DC.

Though Harris has been frequently exposed to the virus – either through staff members or her husband – it does not appear that the vice president publicly tested positive for COVID-19 before.

Most recently, she was exposed after her communications director Jamal Simmons tested positive following the April Gridiron dinner – which has since been labeled as a superspreader event.

The vice president received her first shot of the Moderna vaccination against the coronavirus in December 2020. She received the second shot one month later and the first booster of the same name in October 2021.

Her positive result also comes as the White House has begun to lift several coronavirus-related restrictions, including mask mandates and holding large gatherings.

Last week, the White House anticipated up to 30,000 people would attend the recent Easter Egg Roll.

Don't Miss it Doctors detect surge in agoraphobia due to COVID-19
Up Next Can people be naturally immune or resistant to COVID-19?